Mr. Prem Piyasachadesh is the founder and the President of Thai-India.com. Being a Thai citizen as well as a believer of the Indian faith, he has managed to embed his lifestyle with true roots of the values and culture of both countries as well as passed on the heritage and principles further. By representing the Thai-Indian community, Mr.Piyasachadesh shines with his diversity that helps the society distinguish him among his peers. With every individual he is introduced to, he not only plants the seeds of love but he nurtures those seeds with his beliefs and support, regardless of their appearances in order to share the same values.

Mr. Piyasachadesh has put in a great deal of effort into creating and maintaining bonds and relationships between Thailand and India that are based on Sincerity, Trust & Love. He has been well accepted by both the Thai and Indian governments as well as the private sectors of each nation, while being given the opportunities to serve them both in various ways.


There are still numerous opportunities that lie within both countries that have yet to be discovered and explored. Therefore, Thai-India.com is created to act as the significant information center, providing business opportunities and beneficial information to help assist and encourage more investments between the two nations. Thai-India.com is also a part of Sincere Investment Consultants Pvt., Ltd. (India) offering professional services to enhance the business between Thai-India and Asean 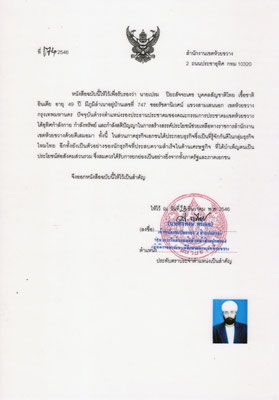 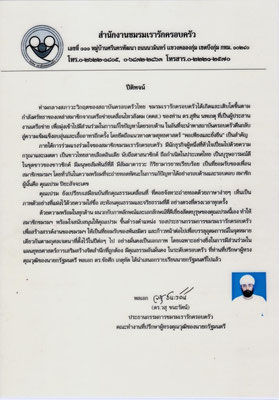 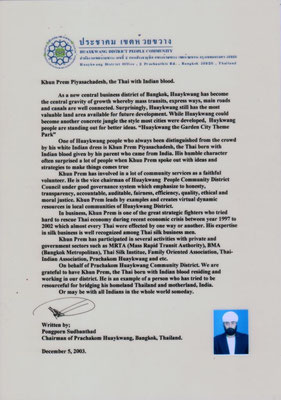 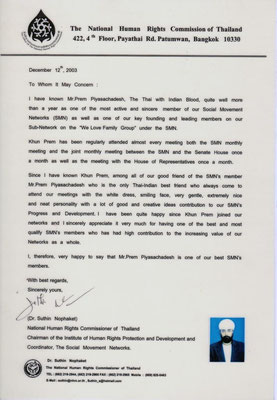 •    Director in Committee, follows and recommend,     Reform of the country according to the national strategy.

"I have inherited my father’s intention to pay back to my nation. The mission to promote Thai business in the global market base on moral, ethical and righteousness for the sustainable success"

Personally, it is not easy to understand the philosophy and to continue imprinting my father’s intentions because in today’s world, many people struggle with their livelihood and survival of the rising cost of living. This situation triggers people to think more of themselves before others. My father has taught me to always think of others before myself. In the business realm, to think of others is to think of customers first – How can customers maximize benefit from our products and services? This is followed by caring for our staff to live with stability and happiness. The next step is to take good care of own’s family. Then ultimately, think about ourselves. When we think of others before ourselves, my father calls it leadership.

It is a challenge to cultivate business with an emphasis on honesty, integrity and virtue in today’s times. Many times, I often feel that I am at a disadvantage in the profit-driven market competition. My father believed that though his teachings are not easily cultivated, they will provide a lasting effect from my generation to children’s in the future.

By joining the Association and having a role in driving entrepreneurs, in particular of small and medium enterprises (SMEs), and expanding their businesses to other countries is a huge responsibility. We are constantly in search of new methods and forms of conducting businesses in accordance with the era of globalization and the era of free trade and capital movement. This gears an advantage towards people with high capital in expanding their businesses while further imposing a barrier for SMEs.

I am not a perfect person, but nowadays, I can distinguish between good and bad. I started to know myself more. I understand and keep up with my own mind. I live with consciousness and practice mindfulness and challenge my wisdom regularly. I now know which direction is the right direction and can now comprehend how to perform commercial business with consciousness and wisdom.

Joining the Association help me to understand that the goal of driving entrepreneurship is much more important than money; it is about applying the philosophy that my father had cultivated and instilled in me. The idea of leadership, thinking of others before yourself, sharing, and honesty are key tools to apply when developing policies, management models, business model, all the way to participatory idea sharing to develop entrepreneur’s products and services. When we have the right mindset, we will also find the right direction in solving problems correctly. When we have good thoughts, we can also create love, trust, and extend relationships from partners to friends. And when we are friends, that business will also be stable and sustainable.

·      Director Thai-India Business Council, Board of Trade of Thailand (BOT)

·      Director South Asia, Board of Trade of Thailand (BOT)

·      Director Middle East, Board of Trade of Thailand (BOT)